The City of Ilagan being the center of tourism activities in Isabela, offers world-class tourism sites that would definitely gratify guests, tourist, and visitors. 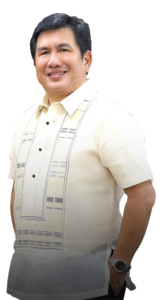 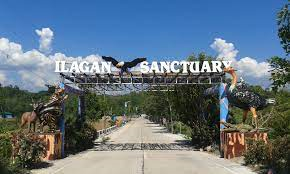 The ILAGAN Sanctuary, or Isabela’s Landmark for Animals, Garden And Nature Sanctuary is located at the portion of Fuyot Spring National Park a protected area under proclamation number 327, covers more than 819 hectares of protected areas covering four (4) barangays. The ILAGAN Sanctuary is home to the famous City of Ilagan. It is located adjacent to the famous Northern Sierra Madre National Park. It has more or less 200 hectares compose of various tourist attractions and activities, like caving or spelunking, zip line, zip bike, boating, cable car riding, horseback riding, swimming, wildlife sightseeing, interactions with some reptiles like Reticulated Python, and many more at the animal kingdom. The ILAGAN Sanctuary is also home to the famous Sta. Victoria Caves and the Pinzal Falls. 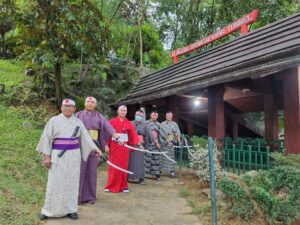 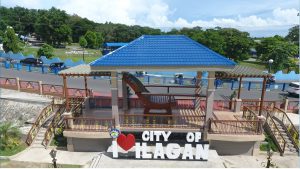 It is a common household furniture in Ilagan that symbolizes the “Ipabalem “or the “feel at home” hospitality of the Ilagueños, a distinctive trait that assures a relaxed feeling of kinship to invite guests and friendly acceptance to transients who find their way to an Ilagueño home. It is 11.4 ft. high,
20. 8 ft. long and 9.7 ft. wide, making it the world’s largest. The Giant Butaka is located at the Bonifacio Park in Brgy. Calamagui 2nd, City of Ilagan. 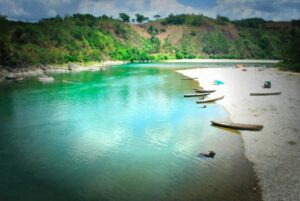 The City of Ilagan is rich in water and land formation such as clean rivers, water falls and mountains.

Explore more on its natural resources… 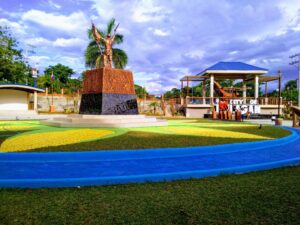 FOR THE MONTH OF MAY;

Aggaw na Ilagan or Ilagan Day
is celebrated annually every May 4. It was the date when Ilagan was founded as a town.

Mammangi Festival– Celebrated during the last week of May; Mammangi is an Ybanag word meaning the harvest or planting of corn. It honors the farmers who are the real foundation of Ilagan’s economy and is celebrated as a thanksgiving activity for a good harvest. In 2011, General Ordinance No. 33 promulgated during the administration of then Mayor Diaz ordained Mammangui Festival as the official festivity of Ilagan to be celebrated on the month of May. 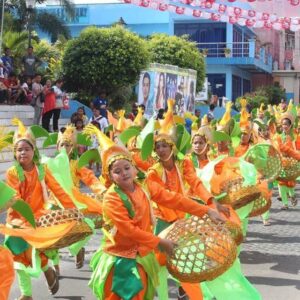 Patronal Fiesta
– As a predominantly Catholic nation, the culture of observing the feast days of the most venerated Roman Catholic icons are common and widespread in the Philippines. In Ilagan, the city celebrates the feast day of its patron, San Fernando, every 30 May.

FOR THE MONTH OF AUGUST;

Cityhood Anniversary
– Celebrated every 11th day of August. The city government celebrated the first anniversary of Ilagan’s cityhood charter in 2013.

Balai na Ilagan
has been set up to give a communal space of Ilagueños with the aim to nurture artistic talents of residents and to provide a multipurpose hall within the diocese of the Roman Catholic Church. Balai na Ilagan is intended to celebrate arts and culture in the province of Isabela.

Wherever you are in Isabela, it’s easy to get into Ilagan City because all you have to do is ride a tricycle, taxi, van, bus or jeepney that’s bound for the place. Besides, the city is linked by Maharlika Highway, which is one of the country’s national highway.

If you are a commuter from other provinces, you prefer to ride a bus, we have a Victory Liner bus station in Barangay Guinatan and Florida bus station along centro poblacion. They have daily route from Ilagan City to Cubao and Kamuning in Quezon City and Sampaloc, Manila and vise versa. The distance between Manila and Ilagan City is approximately 423.4 kilometers and takes almost 9 to 10 hours. For the updated fare and schedule of trips, click GV Florida Bus or Victory Liner Bus. online booking sites.

There are also buses plying the route from Ilagan City to Baguio City and Dagupan, among other areas.

Aside from land transportation, Ilagan City can also be reach through airplane,
Ilagan seats between the two airports in Cauayan City, Isabela and Tuguegarao City, Cagayan. The fastest direct flight from Manila to Cauayan, Isabela takes 1 hour and 10 minutes. The flight distance between Manila and Cauayan Airport is 174 miles (or 280 km) almost the same with Tuguegarao Airport. Ilagan City has its own taxi to fetch you from the airport just call 09397146858 or 09973944103. Its the first in Region 2.

What are you waiting for? TARA NA SA ILAGAN!

THE DANCING FOUNTAIN IN RIZAL PARK

"Make yourself at home" 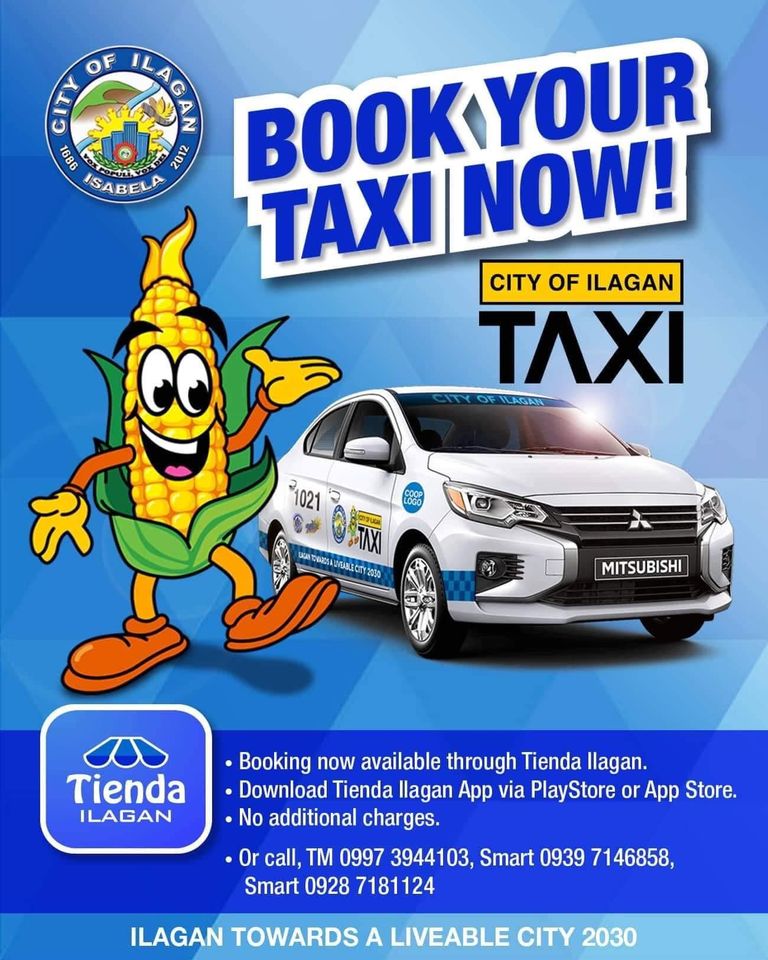 DON'T HAVE A CAR? NO PROBLEM! 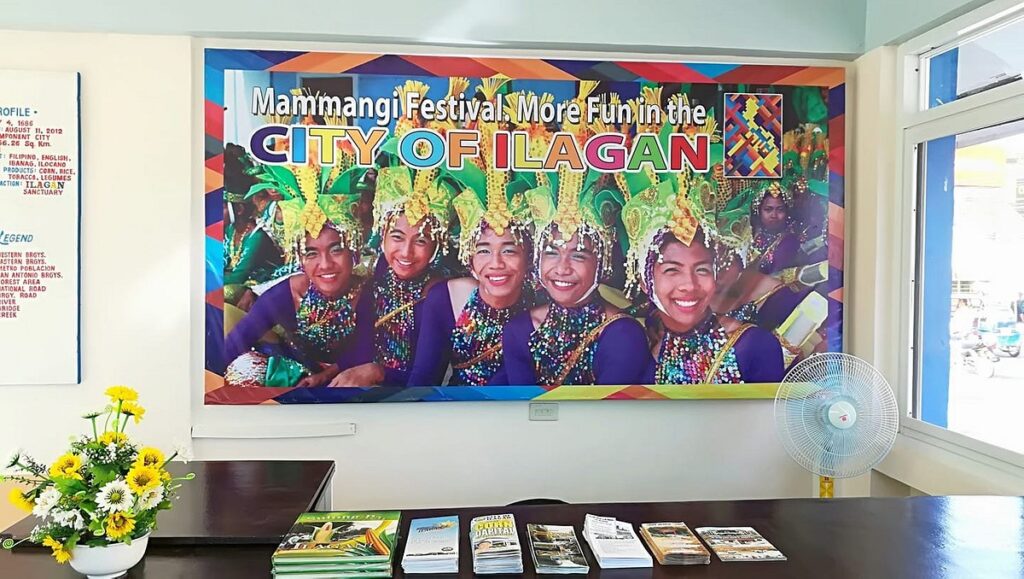 This is the Field Office of the City Tourism Department located at the shared facilities of Bonifacio Park, City of Ilagan, Isabela. The main purpose of this center is to promote tourism attractions, activities and events in City of Ilagan and to increase visitation and repeat visitation to the local area. Call Us.